Join coalitions and groups from across the state of Florida by resisting, boycotting and protesting the city of St. Augustine 450th Anniversary Celebration, which shamefully celebrates and honors the doctrine of discovery and Spain’s crimes against humanity. Do not accept the covering up of 450 years of acts of genocide and crimes against humanity.

The city celebration events culminate on Tuesday, September 8, 2015 with a re-enactment of the landing of Pedro Menendez de Aviles on the shores of St. Augustine.  In 2013, the Viva Florida 500 Celebration, which honored Juan Ponce de Leon, was met with resistance, and we hope to continue this opposition to the glorification of colonial criminals.

St. Augustine, FL (August 26, 2015) – The City of St Augustine’s 450th Commemoration activities violate the establishment clause of the First Amendment, according to a national nonpartisan organization based in Washington, DC. This nonprofit organization, dedicated to preserving the constitutional principle of church-state separation, sent a letter to St. Augustine City Attorney, Isabelle Lopez, asking for the City to “please immediately rescind all City sponsorship of these activities and recoup any taxpayer funds spent on them.”

The events from the 450th Commemoration that raised the red flag are the “Procession to the Cathedral Basilica of St. Augustine” and the “Commemorative Mass at the Cathedral Basilica of St. Augustine,” which is co-organized by the City and the Catholic Church, and sponsored financially by the City. Additionally, the “Menendez Landing Re Enactment” which would lead an objective observer to conclude that this event is sponsored by the City and open to the public, is actually being defined as a private event and is being held on the Church’s private property, according to the City Police. The Church, as reported by City Police, will determine who gets to attend and how they will be allowed to participate.

Article 1 section 3 of the Florida Constitution states, “No revenue of the state or any political subdivision or agency thereof shall ever be taken from the public treasury directly or indirectly in aid of any church, sect, or religious denomination.” The Florida Constitution’s legal language is more prohibitive than the U.S. Constitution in many respects. The City of St. Augustine is requested to respond to the letter by close-of-business on Thursday, August 27, 2015.

How much taxpayers have contributed to these religious events over the years, remains undetermined. Additionally, how the City will “recoup” taxpayer funds that have been spent violating both the U.S. Constitution and Florida State Constitution remains unclear.
###
Posted by Anita Stewart at 9:30 PM No comments: Links to this post

SOUNDCLOUD LINK TO THE SHOW:
https://soundcloud.com/wisewomenmedia/annie-lindstrom-of-talkupy-interview-81915

BIO: Annie Lindstrom is the host of Talkupy Radio (@talkupy_radio), a podcast that features in-depth interviews with people who do good things for community. Please go to www.talkupy.net for more than 130 show archives, photos and Annie's blog. Also a writer, photographer (3cPix.artistwebsites.com) and designer, Annie lives in Florida and on Social Media livestreams. As a media activist, her primary focus is on social justice and the environment.

Recently Annie reached out to me and we found out we are really kindred spirits with similar backgrounds and experiences; sisters from different mothers! We are also both veterans.
Our passions involve telling the untold stories of people that are changing the world.

Annie and I would love to give you our current take on the top news stories of the day.

Tune into this engaging show and invite your friends.
Post any questions you have as comments below this page.

The link to the show will be posted here before showtime or check our social networks.
This show will be archived on SOUNDCLOUD.

Posted by Anita Stewart at 10:18 AM No comments: Links to this post 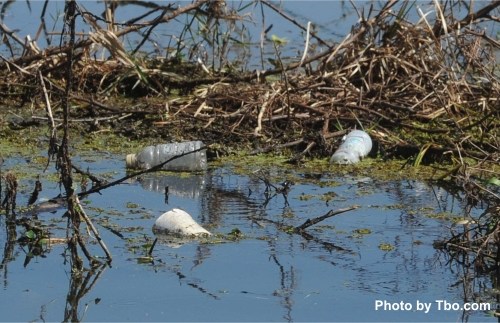 By Charlie Frago
8/10/15
ST. PETERSBURG— Faced with a wastewater system overwhelmed by weeks of torrential rainfall, the city dumped about 5.5 million gallons of treated sewage into Tampa Bay for eight hours beginning Sunday evening.
The wastewater — everything from toilet sewage, sink drainage and rainwater — was treated at the Albert Whitted plant before being pumped about 1,000 feet into Tampa Bay, said Mayor Rick Kriseman’s spokesman Ben Kirby on Monday.
Pumping began about 8 p.m. Sunday and stopped at 4 a.m. Monday, he told theTampa Bay Times.
Shuttered in April, the Whitted plant was reopened Sunday to handle the overflow, Kirby said.
The sewage was aired out to kill bacteria, chlorinated and screened after being pumped from the city’s Southwest Water Reclamation Facility near Eckerd College. That facility had been swamped by increased flow after three weeks of heavy rain, forcing the city to divert 15.4 million gallons of untreated sewage into Clam Bayou last week.
Extra rain this weekend forced Sunday’s emergency measure, Kirby said.
“It was a disaster event. The governor has declared the region a disaster area. An incredible amount of rainfall just overwhelmed systems around the region,” Kirby said.
Entire article can be read at the following link:
http://www.tampabay.com/news/overburdened-by-rains-st-pete-dumps-treated-sewage-into-tampa-bay/2240745?cid=facebook_Tampa_Bay_Times
Posted by Anita Stewart at 10:31 PM No comments: Links to this post Ancient cypresses at Cypress Lakes Preserve
Dear Hernando County Commissioners,
It was ironic the way our visit played out. Rain pelted us on the drive up I-75, so we almost sought shelter with your neighbor to the south, Pasco County. But we were on a mission to visit and photograph a trail in your county for our new book, so we decided to stay near Ridge Manor, instead. I was sitting in the hotel room, catching up on the week’s news, when I saw this article in the Tampa Bay Times.
Hernando commission disbands Environmentally Sensitive Lands Program
I was incredulous. Your program was the reason for our visit. You may be unaware of this, but the Florida Trail traverses your county. It’s one of eleven Congressionally-designated National Scenic Trails in America. My husband and I wrote the book on it. We were in your county to explore Cypress Lakes Preserve, one of eight Environmentally Sensitive Lands you’ve set aside for future generations. It provides a protected corridor for a portion of our National Scenic Trail.
We were here as travelers, spending money on a hotel room, food, and fuel. But more importantly, we were here as writers, with the intent of promoting a hike through Cypress Lakes Preserve to our rather substantial online audience and as a part of a new book. If it passed muster, of course.
Not all parts of the Florida Trail are as scenic as a National Scenic Trail should be. We chose Cypress Lakes Preserve because of its easy access from Interstate 75 and visitor services. The fact that it was part of the Enviromentally Sensitive Lands program meant there was a good chance we’d find a good reason to send visitors there.
And we did. Along the 1.6 mile trail (3.2 mile round-trip), we discovered patches ofParonychia rugelii, known commonly as Sand Squares. These are just one of several dozen wildflowers in the sandhills along the edge of the Cypress Lakes, not very common and certainly very showy. The rest of the article can be found at the following link:
http://floridahikes.com/an-open-letter-to-hernando-county
Posted by Anita Stewart at 8:08 PM No comments: Links to this post

Posted by Anita Stewart at 6:24 PM No comments: Links to this post